History of Freemasonry in Belarus. The chronology. 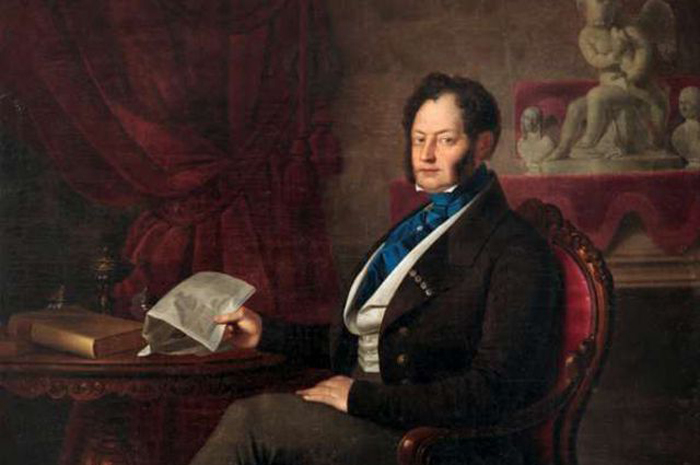 Freemasonry came to the Polish-Lithuanian Commonwealth at the end of the 18th century from Prussia, after the Lodge of the Grand Orient of Poland and Lithuania had been created in Warsaw in 1784. The Lodge “Hercules in the cradle” was established even earlier, in 1776, in Mogilev, which at the time was in the Russian Empire. The liberalism of the young Russian emperor Alexander I, who himself was a freemason, contributed to the emergence in the Polish-Belarusian community of Masons of high hopes for the creation of an autonomous Grand Duchy of Lithuania within the borders of the Russian Empire. It was supposed to include the Vilna, Grodno and Mens regions. Mason Michal Kleofas Oginski even prepared an appropriate set of documents and draft decrees, required for the creation of the Duchy.  The hopes of the masons were so strong that the foundation of the Minsk Masonic lodge “The Northern Torch” was dated to the name day of Alexander I. Belarusian freemasons considered him their patron.

In strict accordance with the Code of Freemasons, a lodge could be opened only after agreement and permission of the government. In a letter to Alexander I, written on the occasion of the grand opening of the Lodge, gratitude was expressed that Alexander “did not forbid the Lodge to work,” that his aspirations coincide with the hopes of freemasons and are aimed at “unity and happy life for everyone” *.

Ludwik Plyatar, a member of the Northern Torch Lodge, spoke in 1817 about freedom and equality: “…that before the throne of the Most Eminent the knees are equally bent both by a Royal son and brother and by an artisan who lives by the work of his hands”.

The events of the French Revolution then influenced all enlightened Europe. The minds were dominated by the ideas of universal equality and brotherhood. Plyatar also said: “Only through the establishment of equality, through the spark of charity that we have kept for centuries, will the day of rebirth come to light, on which, for the sake of a reborn world, the innocence, integrity and happiness will return. … We will confront the darkness, console the suffering, increase the number of defenders, reduce the persecutors, expand the power of equality and then we will turn the dark inhabitants into people, all people into brothers. The whole world will be an unmarried innocence, and we will change the holy. ”**

The founders of the Northern Torch Lodge were seven people. Writer Jan Hodko-Boreyko was the initiator and first Worshipful Master of the Lodge. He was joined by Jan Norvid, Peter Prystanovskiy, Jan Serakovsky, Albert Burgelsky, Vincent Levkovich and Jozef Ragosa.

In 1820, the positions of the Northern Torch were assigned as follows:

– Master (Worshipful Master) – Dominic Manyushko, retired major of the army of the Grand Duchy of Lithuania;

– Representative in the Provincial Committee of Lithuania – Jozef Zavadsky, printer and publisher;

– Secretary – Vincent Grinevsky, lawyer of the Second Department of the Mensky Main Court;

People, united in consecrating the lodge, set their life goal as self-improvement. They established quite strict rules in their organization – a mason could not be a person who led a depraved life, drank, and even played cards.

The rapid development of the movement led to the fact that several unworthy people came to Freemasonry. Documents of a friendly trial of one of the members of the Northern Torch have been preserved. The punishment was: “let the deserved contempt of all the brothers in the world fall on him.” The offender sent a letter in which he wrote that “he will never stop considering the members of the Lodge to be brothers and his relatives, who always have the right to his help.”

The main activity of the Lodge was charity. Funds were collected in two ways: these were membership fees for graduation and charitable donations. There are several specific cases where the money went: 700 rubles – in support of the artist Domel (1817), on clothing for the poor (1818). Some Freemasons have committed themselves monthly to transfer certain amounts to the poor.

Master Jan Hodko-Boreyko made an interesting proposal – to create a school in Minsk for raising and educating the children of the poor. Unfortunately, it remains unknown whether this idea was put into practice.

At the beginning of the 19th century, two Lodges existed in Minsk: the Northern Torch, which included 215 members (63 of them were honorary members) and Mount Tabor, which was organized by masons of higher, additional degrees. It consisted of 31 people.

Two main intellectual centres were formed in Minsk: the Minsk Main Court, eight of whose employees were members of the Northern Torch, and the Minsk Men’s Gymnasium, where seven people were Freemasons. Most of the members were representatives of the medium and small gentry of Minsk, Novogrudok, Vileika, Disensky and Borisov counties of the Minsk province. There were also government officials, lawyers, doctors, and musicians.

Freemasons were opening new branches. The landowners – members of the Northern Torch lodge, having received the appropriate status, asked for permission to open symbolic lodges at their place of residence – in family estates. Thus, lodges were opened all over Belarus, sometimes in tiny villages. They united the local intelligentsia, gentry and government representatives, and became, in fact, intellectual clubs.

The desire “for equality and independence” declared by the Freemasons could not but alert the representatives of the imperial power, who wanted only one thing from their subjects – unconditional obedience. The Minsk governor wrote in a secret letter to St. Petersburg that the Masons “are dangerous because of their aspirations.” It was after this “signal” that the ageing, once liberal emperor Alexander I, who radically changed his views, issued a decree according to which the “Grand Orient of Poland and Lithuania” was to be liquidated from 1st of October 1821, and all provincial lodges subordinate to him – by 15th of October.

Law-abiding Minsk masons unquestioningly obeyed – all documents, stamps and other signs were stacked in chests, sealed and handed over to the secret archive of the governor.

After the uprising of the Decembrists of 1825, the attitude of the Russian authorities to any civic organizations and societies became even more stringent. On 21st of July 1839, the Minsk authorities received an order from the Vilna military governor, Prince Dolgoruky: “All Masonic signs, books, papers, diplomas and other things — to dig a hole below the mountain, on the street leading along the Zhidovsky cemetery to Lyakhovka — and burn it,” which was done.

But this is far from the end of the history of Belarusian Freemasonry.

Chronology of the development of Freemasonry in Belarus

1725 – The first European continental Lodge was founded in Paris.

1728 – The Grand Lodge of England initiated Edward Ramsay (1696-1743), the future founder of the Scottish Rite, according to which most Masonic lodges in the world work today.

1729 – In Warsaw, the first lodge was founded on the territory of the Polish-Lithuanian Commonwealth, “Towards Three Brothers.”

1730 – Introduction to Freemasonry, the concept of “master mason” and “the third degree of initiation.”

1738 – Dr James Anderson published the second edition of the Constitution of Freemasons, which guides modern masons.

1738 – Pope Clement XII published an anti-Masonic bull in which he forbade Catholics from joining the Masonic fraternity.

1738 – In Dresden, Count Rutovsky, brother of the King of Poland and Grand Duke of Lithuania Augustus III, sets up the Three White Eagles Lodge, which became the cradle of Polish and Lithuanian Freemasonry.

1739 – In Warsaw, at the royal court, a branch of the Three White Eagles lodge was opened.

1765 – An autonomous Masonic structure, the Provincial Lodge, was created in St. Petersburg (it operated until 1790).

1776 – Professor of Moscow University I.E. Schwartz, with the permission of the Worshipful Master of the Provincial Lodge in St. Petersburg I.P. Elagin, founded the Merciless Cradle Lodge in Mogilev (according to other sources, in 1777). The Lodge operated under the Elagin system.

1777 – The Talia Lodge was moved to Polotsk, founded in 1775 in Moscow by Verderevsky. The Lodge worked according to the Swedish Rite.

1782 – At the Wilhelmsbad Convention, the Russian provincial Lodge was created, and the Strict Observation system was adopted.

February 26, 1784 – Creation of the Grand Orient of Poland and Lithuania in Warsaw. The Constitution of the Grand Orient of the Kingdom of Poland and the Grand Duchy of Lithuania was signed by deputies from one Grand, three Provincial and nine Symbolic lodges. Among them was The Happy Liberation  Lodge  from Grodno. This lodge conducted work in French. In 1810, the name of the  Lodge was changed to the Masons of Nesvizh.

1784 – In the Nesvizh open  The Victory Zabobon Lodge.

1784 – In Vienna, Wolfgang Amadeus Mozart joined the ranks of Masons.

1785 – The Prince of Wales became the Grand Master of England. Since that time, the princes of Wales have traditionally led the United Grand Lodge of England.

1791 – In Shklov, The Wisdom  Lodge was opened, operating under the Elagin system under the jurisdiction of the Provincial Lodge in St. Petersburg.

1792 – Catherine II, by a decree on 1st of August, banned the activities of Masonic lodges.

1810 – The beginning of The Happy Liberation Lodge in Nesvizh.

1815 – Revival of the Masonic movement after the end of the war with Napoleon. Freemasons Jan Norwid, Michal Sobesski, Karol Hoffmann and Jan Hodko-Boreyko, with the support of the Grand Master, prelate Michal Dlussky, open the School of Socrates and Palemon Lodges in Vilna.

1818 (in some sources – 1821) – The Lodge of the highest chapter, Mount Tabor, opened in Minsk. It included members of the Northern Torch and two Nesvizh lodges. The master was the Minsk vice-governor Ludwik Kamensky.

1819 – The Holiness of Consent Lodge was opened in Minsk.

May 3, 1820 – the Constitutional Charter of Polish Freemasons was adopted in Warsaw.

1820 – Volyn Freemason Count N. Alizar allocated 15 thousand rubles for the construction of the church for the future Grand Lodge of the Grand Lithuanian Orient. The project began to be practically implemented, but due to a sharp change in the attitude of the Russian authorities towards Freemasonry, it was stopped.

V.V.Shved. “Freemasons and lodges in the lands of Belarus (Kanets of the 18th –– first quarter of the 19th century)”, Grodno, 2007, Edition of the Ministry of Education of the Republic of Belarus, Grodno State University.